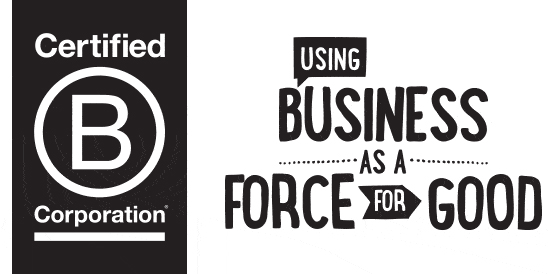 It was a pleasant evening with friends. Next to me was the long-retired founder of a business that I admire.  Suddenly changing the subject, he asked

‘Mark tell me what you think about B Corp’?

The B Corp movement is born out of the belief that business can and must be a force for good in our world. A company can obtain certification by B Lab as a responsible company meeting high standards of performance, accountability and transparency. Waitrose has collaborated with B Corp to create an online shop of its products.

I said I had been impressed by the ambition of the founders; it was great that there were companies willing to be judged against  a high standard of responsibility. But is everyone’s idea about a good company the same? Can the character of a  company be determined by questionnaire ?  I worried that what B Corp appeared to miss, as the Brewdog story suggested, was how far companies lived their stated principles.

My friend listened patiently, looked me in the eye, and said ‘I think it’s bullshit’. The company he  had founded  was now led by  a conventional CEO – let’s call him Stuart.

‘I don’t think Stuart understands what B Corp is about, but he loves the idea of getting the label’ said my friend.

I remembered this conversation when I read that while Coca Cola and Starbucks and McDonalds had all stopped trading in Russia, B-Corp-certified Danone would be staying. Its new CEO, Antoine de Saint-Affrique had explained:

“It is very easy to get drawn into black-and-white thinking and demagogic positions, but in the end our reputation is about our behaviour….We have a responsibility to the people we feed, the farmers who provide us with milk, and the tens of thousands of people who depend on us.”

I cannot imagine why any company would wish to stay active in a country now committing war crimes. That aside, I agree with de Saint-Afrique. Founders start a company, with clear ideas about its purpose and values. It grows. Outside finance is brought in. Management is formalised. A crucial question is this:  how are the purpose and values upheld as the company becomes less intimate, more impersonal?

There are outstanding leaders who uphold the values by example. Nick Linney, chair of Linney Group, a family business. personally  meets employees at their induction and introduces them to the values of the business. Values – well-defined and faithfully practised by leaders – shape consistent corporate behaviour. This is the golden thread of culture.

I asked  friends who had been through the B Corp process to explain to me how it deals with this golden thread.

B Lab describes this change of articles as a  ’mission lock’.  When I first heard this phrase, I thought, ‘Aha, this is where we get into the role of the board in securing the golden thread of culture’.

But I was disappointed. There is, currently,  a gaping hole in the  B Corp process.

The board and the associated governance arrangements are there to ensure that the right leadership is in place; to hold that leadership to account; and ensure that the company’s purpose and values are being lived. Good governance requires mechanisms that force the board to think deeply about the values as well as the purpose of the company, and how they by their actions and their monitoring will uphold them. They need to know the boundaries of their authority: to strike the right balance between the short term and the long term; to discuss under what circumstances they need to stand up to the CEO, or the shareholders; or the government or any group of demanding stakeholders.

Well-governed companies have a process for this. It is called the board mandate. It is rather like the differential in a car’s axle, ensuring that the company is responsive to conflicting outside pressures while continuing to steer consistently.

There are no marks for anything like this in the B Corp scoring system.

To be fair, B Lab has acknowledged a need for improvement. In 2019 it announced a process to strengthen its performance requirements. Proposed changes include better holding companies to their defined purpose and strengthening their anti-corruption practices. Yet still there is no plan to tackle the golden thread by which leaders and boards uphold values and influence behaviours.

The B Corp movement needs to decide whether the governance of culture is important. If the answer is yes, that means amendments that are to date missing in its current proposals

Admittedly, all B Corp companies are required to re-certify every three years. And every year they are required to produce an impact report. Where companies fall short a complaints process can be opened – as has eventually happened with Brewdog. Yet, all the time culture and its governance are ignored, there will be more embarrassments like Brewdog.

It will take time to address this glaring omission. In the meantime, the B Corp movement needs to be transparent. It should admit that its  processes do not deal with culture. You and I may be buying socially and environmentally responsible products from badly behaved B Corp companies with a toxic culture. Without such a health warning, the risk is that B Corp becomes discredited and so, by association,  are the efforts of many others working to evaluate company character and impact.

Mark Goyder is Founder of Tomorrow Company and Senior Advisor to the Board intelligence Think Tank. He is the author, with Ong Boon Hwee, of Entrusted –  Stewardship for Responsible Wealth Creation, published by World Scientific in 2020.