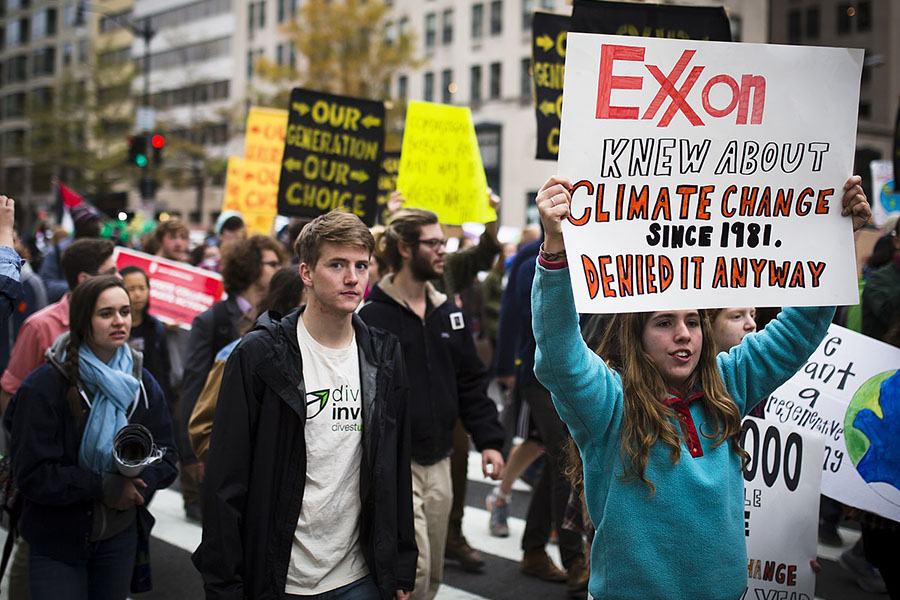 Oh to be a fly on the wall in the Exxon boardroom as Alexander Krasner joins Kaisa Hietala and Gregory Goff for their first meeting. While these three well-qualified champions of decarbonisation were endorsed by the votes of shareholders, Darren Woods, the Chairman & CEO, scraped home in seventh place. He now has to work with people he didn’t want elected, having warned investors that voting for these three would “derail our progress and jeopardise your dividend.”

We are going to have to imagine the scene in the boardroom.  The best chronicler so far of these historic moments has been Bob Eccles, champion of sustainability and integrated reporting and so much more, whose account (in Forbes) of this year’s Exxon AGM is a gem. He deftly portrays the tin-eared approach of the powerful and entrenched in the face of sophisticated, conscience-driven opponents.

And not only in the oil industry.

Consider elite football clubs. Billionaire owners confidently announced an exclusive and anti-competitive breakaway super league. 72 hours later, most were grovelling, asserting their loyalty to the whole football community, promising more money for football’s lower leagues, and pleading for forgiveness from enraged football fans. Now there is to be a fan-led review into football’s governance which would look, among other things at new forms of representation and fan ownership.

There is more to ownership than legal title. The governance arrangements need to reflect  this reality. I have just stumbled across another example in East Anglia.

EDF is a French energy company which is fast running out of money. The reactor that it is building in Finland – using the complex and now rather dated EPR technology – is over a decade late and at least £7bn over budget.  The one in Normandy was due to start operation in 2013 and will not now start before 2022. The reactor which started under construction at Hinkley in the UK in 2018, with minority ownership in the hands of China General Nuclear (CGN) is at least 50% over budget, and already two years late.

EDF wants to use the same technology to build two reactors on a smaller site at Sizewell on the Suffolk coast. Its problem is that can’t afford to. Unless it can move the capital costs off its balance sheet and on to someone else’s.

Its solution? Create a ghost company called NNB SZC, and persuade other investors including the Chinese to put up the capital. But how?

EDF has persuaded the UK government to guarantee the ghost company – whose owners as yet are unknown –  a fixed price. With the Government has transferred the liability for unbudgeted extra costs on to the electricity bill payers of England and Wales! The more inefficient the construction, the more the bill payers and taxpayers pay. Not EDF, not NNB SZC or its investors.

My question here is not about energy policy. We may all have different views about nuclear energy in principle, or about the merits of this particular and admittedly ageing form of nuclear energy against the smarter alternatives  such as ‘pocket nuclear’. My question is about governance and stewardship. If this project goes ahead, who needs to be in the room as major decisions are taken and the legal owners are held to the promises they may have made to those affected? It’s like the old saying about a Full English Breakfast: the chicken is involved but the pig is committed.  Governance must reflect commitment.

So here’s the challenge for the UK government. Consider the consequences of the system you have agreed to. Who is at risk? Not the putative investors. They are like utility bond-holders. Their risk is capped and their future stream of income guaranteed. Financially, the people at risk are the electricity bill-payers, and the UK taxpayers. (Beyond finance it might also be argued that the people at risk are those in the path of the approaching decade-long project the size of a military invasion, with 1200 lorries a day, clogged roads, diminished tourism and the damage to rare wildlife habitats).

A different form of governance is needed for these fragile megaprojects with their track record of well – not staying on track. Perhaps a two-tier board. At the supervisory board the chair might be a government minister or an appointee jointly agreed between government and the most-at-risk stakeholders, with the companies putting up the capital at the table but not in a majority. And considerable representation to speak for the natural capital, the social and cultural capital, and the human capital of Suffolk.

Oil companies, Football Clubs, Energy and Construction mega-projects whose impacts will last at least a century

In all three we are witnessing the emergence of hybrid organisations. Their governance  needs to be designed to grant voice to those most affected – some of them not yet being born.

What are all the voices that need to be heard around your board table? And does your list include the next generation?