Learning in Lithuania: three Baltic states and three views of the company 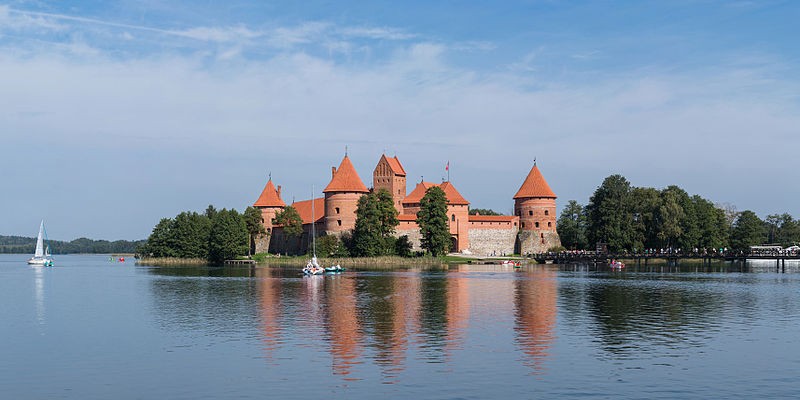 Learning in Lithuania: three Baltic states and three views of the company

by Mark Goyder with No Comments

I have just returned from a short visit to Vilnius where I was invited to give the closing speech at the annual conference of the Baltic Institute of Corporate Governance. While there, I learned so much about Lithuania and the Baltic Countries.

Here is a European country with a long history. Yet, along with its Baltic siblings, Latvia and Estonia, it feels young. And, unlike my country, it is making the most of its membership of the EU. My visit coincided with the April 11th Brussels summit before the April 12th Brexit deadline. A reminder that on my next visit I might soon be joining the outsiders’ queues at passport control.

The picture above shows the country’s ancient capital which was built in the fourteenth century . My host Rytis told me that, when the castle was being constructed, the builders discovered to their horror that the size of the island proved insufficient for the footprint of the building. There was a flaw in the planning and too little consultation. To fix the problem the builders drained the lake until more land appeared. That feels like a metaphor for the UK’s current predicament, with our Prime Minister finally waking up to the consequences of her bad planning and now turning to others to help her drain the swamp.

Past, Present and Future
Two themes resounded from this brief visit. The first is time – past, present and future. Lithuania has young, vibrant companies freed from Russian rule less than thirty years ago. Yet the country can speak of a history going back at least nine centuries. At one time its Jewish population was more than 250,000. When the Germans arrived in 1941 it was 7,0000. By the time the Russians returned, it was 3,000. After the welcome reception I walked back to the hotel through the old town, passing an information panel pointing me to the ghetto. Apparently, there were two ghettos. In one were gathered the down and outs and disadvantaged. They were quickly murdered. The larger ghetto accommodated 30,000 people, and it became for a while a self-governing community, until there too the Germans began their systematic slaughtering.

That was 1941. Many Lithuanians had, indirectly, been saved in 1940 by the heartlessness of the Russians who took control of Lithuania as part of the Molotov-Ribbentrop pact. I learned this in a roundabout way after Rytis presented me with a gift of Lithuanian chocolates made by an ancient company whose history goes back 100 years. ‘So’ I asked in my ignorance, ‘I assume the companies were nationalised when the Russians arrived in 1940?’

‘Not just nationalised’ explained BICG’s President, Rytis Ambrazevičius. Anyone who had owned or run a business got a knock on the door from the NKVD, the secret police. They were given five minutes to pack before being transported to Siberia. Many families knew what might be coming so lived with their suitcases already packed. Many did not survive Siberia. It wasn’t just entrepreneurs who were transported. Anyone associated with the intelligentsia, with culture or education received the same treatment. About 30,0000 were sent to gulags in Siberia or thrown to prisons. Only one third came back. Rytis told me of a teacher relative who spoke, and taught, Russian and German. The Russian secret police spared her because they thought she might be a person of influence. The Germans did the same.

And so, the suffering of Lithuania went on. World War II, and then Russia again, reabsorbing the country into the USSR. Until the fall of the Berlin Wall and the reassertion of independence.

Independence
Independence is the second theme. So, this is a young country with a tragic history. ‘It’s amazing’ said one woman, a director of a public enterprise to whom I spoke after the conference, ‘that we have emerged so strong after so many of us were killed.’

Rytis described his experiences under the rule of the Russians whose invasion ‘saved’ Lithuania from the Germans. There was just one book in the family, kept in a safe place in the house, which described the proud history of Lithuania. Rytis would not have dared to take it to school. His family would have been marked out as dangerous subversives had he done so. He also described relatives from America visiting his family in the time of Soviet domination. They were chatting in the hotel, and made joking reference to travel plans. As their car made its journey next day to their (privately) discussed destination, they were stopped on the way. The hotel was fully wired for spying.

Lithuania is stepping forward into an enterprising future, but that does not leave it without fear. The Belarusian border is 60 kilometres away. People are only too well aware what has happened in western Georgia and in eastern Ukraine and in the Crimea. Lithuania has started to develop its independent source of energy, liquefied natural gas – and it has its own warm water port at Klaipeda which stays open all year round. NATO membership is vital to its security. The public were asked to vote on the name of the vessel that would carry the natural gas and they chose the name ‘Independence’ by an overwhelming majority.

Russian influence can be exercised in other ways. Stories abound of people who start to trade with Russia, then build up successful businesses with partners who, in time, reveal themselves to be acting as an extension of Russian intelligence. All over Eastern Europe – in Serbia, in Hungary, in Croatia, there is Russian money and Russian lobbying and influence permeating democratic politics.

Which brings us back to the European Union. In the UK, the EU is perceived as an alien power imposing its malign influence and compromising the political and economic freedom of an ancient democracy. In the Baltics, the EU is seen as a bulwark of freedom, drawing a group of fledgling democratic states into an alliance which offers investment, open markets, and along with NATO, an underpinning of democracy..

Russian lobbying and influence permeating democratic politics.
Which brings us back to the European Union. In the UK, the EU is perceived as an alien power imposing its malign influence and compromising the political and economic freedom of an ancient democracy. In the Baltics, the EU is seen as a bulwark of freedom, drawing a group of fledgling democratic states into an alliance which offers investment, open markets, and along with NATO, an underpinning of democracy.

The Baltics could pioneer a better form of capitalism
At the conference we learned about the emergence of over 60 state owned enterprises in Lithuania, and the audience consisted in part of the directors of those businesses. Part of my stewardship message was to urge those leading Lithuania’s business renaissance not to follow the logic of quarterly, extractive capitalism. I commended the example of Handelsbanken, one bank in this part of Europe not drawn into the money-laundering investigations swirling around Danske bank and Swedbank. Handelsbanken is a listed company, but it has been steadily transferring some of its profits into the Octogonen Trust and thereby making the employees through that trust the largest shareholders in that listed company. I also mentioned stock exchanges, and argued that it had been a mistake in London and elsewhere to have allowed stock exchanges to become listed companies. They now favour trading and short-termism over stewardship and the long-term interests of savers and the young people who are future pensioners. Perhaps it is not too late for the Baltics to pioneer a better form of capitalism, less extractive and more attractive – and closer to stewardship.

As I prepared to speak to the BICG on my theme of stewardship and good governance, I couldn’t help but comment on the irony of a BRIT being invited to talk about corporate governance. Hence my opening slide, represented below. My fellow speakers included Peter Crow, who described clearly what research tells us about the reality of board effectiveness. One in six of all board members, according to research, are actually engaged in the business. My contribution to the governance debate was to urge directors to see the value of the board mandate. Many people in the audience wanted to know how to deal with pressures from the government. I urged them to consider defining their mandate and agreeing it in advance with the owners of their shares. That would make tactical interference easier to withstand. 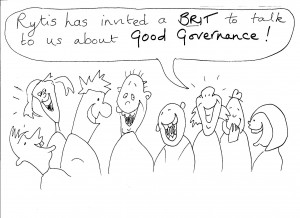 The disciplined use of a board mandate might also have helped saved some large German companies from themselves. Some dramatic cases from the last 10 years were wittily told by Hagen Schweinitz. Using only publicly available data, he contrasted the theoretical benefits of the German governance system with the realities in larger corporations. Family influence can too easily overpower formal checks and balances. The presence of directors representing employees and government block shareholders is no guarantee against graft and undue influence of individuals, nor against a management culture of fear. These examples did well illustrate my point that the so-called ‘stakeholder model’ risks replacing the extractive influence of one interest group with that of others. What we need is a system that puts the purpose and the long-term health of the company first.”

Thank you BICG, especially your President Rytis and Vice President Andris Grafs from Latvia, for welcoming me and opening my eyes to the importance of the Baltic experience. There are many heroes in wealth creation, but after hearing about the suffering and long oppression of the Baltic’s entrepreneurs before their re-emergence, I will use that label sparingly. 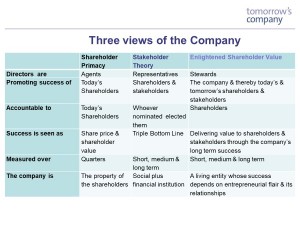