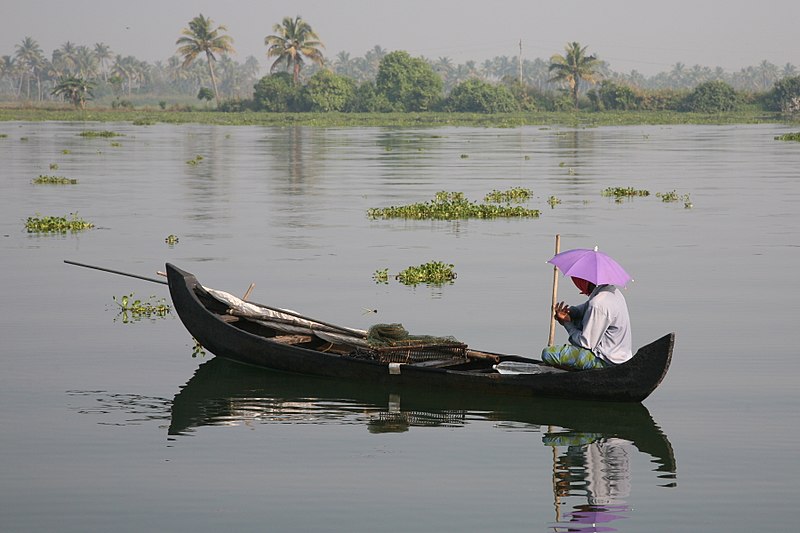 The Indian state of Kerala has an impressive record for running a good education and health system. It was no surprise to learn that its system of health was on top of Covid 19 from the start. When a man arrived back from Dubai showing symptoms Airport officials quickly moved him to hospital in the city of Trivandrum in Kerala state, where they tested him for coronavirus.

Then, as Soutik Biswas of the BBC tells us, they put him in an ambulance and sent him home to his village in Kasargod district, some 350 miles away. The local village council reached out to him and the public health centre advised him to isolate himself. The tests proved positive. He stayed in isolation and the village provided him with food.

The local council taking charge of health policy, village by village, settlement by settlement? Now there is a good place for the UK to start. In London thinking seems to start at the opposite extreme. Testing? Clearly a job for London- based Public Health England. Only after several lost weeks PHE was forced to concede that creating a decentralised approach deploying lots of labs is better.

Recruiting people to be tested?  A care-home worker based in Bath found that she was expected to travel to Worcester, a round trip of some 3 hours. Only on 26 April, some two months into the crisis and some three weeks since health Secretary Matt Hancock set his 100,000 tests a day target, have decisionmakers in Whitehall come up with the idea of mobile testing centres.

Tracing contacts of those who had the virus? Local authorities have a tracing capability but according to one Environmental Health Officer this week, there is little sign that the government intends to work through these. Recruiting an army of volunteers? I spoke this week to a woman who volunteered 4 weeks ago but is still to negotiate all the form filling and online tests and actually get involved in some real work.

Praise for those who work in the NHS and for those who work out in the community to promote health is well justified. But let us not confuse it with compliments about our total system of health care or rather about the gaping holes and disconnects between our illness services and the health of our population. The crisis is teaching us what leaders in Kerala have always known. Just as it famously takes a whole village to educate a child, so in properly functioning system of health care, it is the village, the neighbourhood and the town that provides the most crucial level of organisation.

A few weeks before the crisis I talked to the leader of a neighbouring district council in East Anglia. Its leader, told me many of the things that her council and local citizens were promoting. Village tea clubs help eliminate the loneliness whose results are otherwise clogging GP surgeries. Effective community mobilisation starting with a mobile warden scheme to facilitate the earlier discharge from acute hospital care. Planned preventative action to minimise the risk of falls at home. Carefully planned seating and standing arrangements in new towns to get young and old mixing to mutual advantage.  New community organisations in villages to monitor older people and enable them to stay in their own homes. Art classes for the isolated.

As Allyson M Pollock and Peter Roderick argued in the Observer (To tackle this virus, local public health teams need to take back control 26 April) ‘This national epidemic is not homogeneous. It is made up of hundreds, if not thousands, of outbreaks around the country, each at a different stage. …Contact tracing and testing, case finding, isolation and quarantine are classic public health measures for controlling communicable diseases. They require local teams on the ground’

Yet since 2003 communicable disease control has been progressively centralised.

The reversal of this damaging centralisation has now become one of the most important stepping stones to defeating the virus. As Pollock and Roderick argue ‘each of the UK’s four nations needs to institute scores of locally led nationally co-ordinated and funded teams to trace, find and test contacts…Restoring and updating local communicable disease control is an integral part of properly funded, publicly provided health and social care. ‘

This is not a criticism of individuals, be they Ministers, civil servants, or advisors. It is a criticism of a system that has suppressed both the instinct and the habit of delegation to local authorities while also starving them of money.

The true foundations of a health service lie in our neighbourhoods. The state must set the framework. But when Whitehall attempts to do the delivery, it falls flat on its face. Ministers and officials, please learn from Kerala and from your own disappointments with testing. Decentralisation is the key to delivery.