Has Private Equity lost its way? 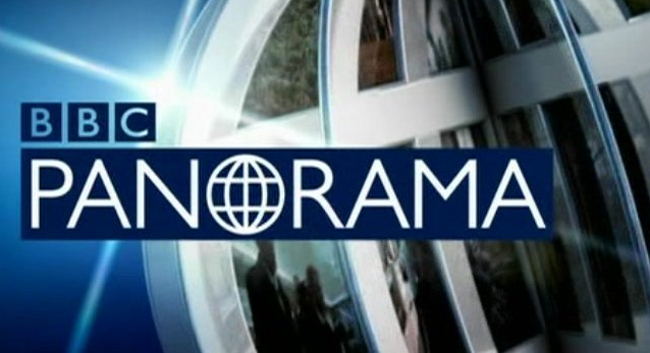 Has Private Equity lost its way?

by Mark Goyder with Comments Off on Has Private Equity lost its way?

A recent Panorama programme described the failings of care homes under private equity (PE) ownership. BBC Social Affairs Editor Alison Holt BBC suggested to veteran PE investor Jon Moulton that this was a sector PE should not be involved in.

He didn’t agree. His reasons? He had nothing particularly positive to say about PE ownership of care homes; he simply said that public sector ownership hadn’t been very good either!

Arguments – and experiences – about different forms of ownership have been part of my life. I have worked in listed and private companies as well as charities and the public sector. I have been through mergers and PE-backed management buyouts.

It was when I joined the RSA in the 1990s that I met the man who really helped me understand ownership and entrepreneurship. His name was Dick Onians. He became an important member of the Inquiry Team that produced the 1995 RSA Tomorrow’s Company report. He was the founder of an early venture capital business that eventually became Barings Venture Capital Partners. Dick was fascinated by the life cycle of companies from start-up to maturity and beyond. He saw private equity as a means of creating businesses that would grow and thrive and contribute to a successful economy.

In a 1995 lecture at the RSA he described his approach.

I happen to believe that we can considerably increase our success rate in creating new world-class businesses or I wouldn’t be wasting your time or mine each day of the working year.’

Sir Ronald Cohen has gone on from being a pioneer of venture capital and private equity as the founder of Apax Partners to a second career developing the concept of impact investment. As with Dick Onians, what shines through Cohen’s work and words is a fascination with entrepreneurship, with how businesses start and how they grow, and how private equity investment institutions can make money for their beneficiaries while helping companies flourish.

In ‘The Second Bounce of the Ball’ , published by Phoenix in 2007, he described the stages in the evolution of the private equity industry.

‘The first bounce was private placements of venture capital for start-up investments. The second bounce was the raising of discretionary early—stage venture capital funds. The next bounce was buy-out funds focused on more mature businesses. Subsequent bounces included the moves towards sector specialisation, regional funds and global funds.’

As Cohen describes them, it would seem that in all of these stages  the private equity industry was focused on encouraging companies to grow. To Onians and Cohen private equity financing was a means. The end was – profitably – to build successful and enduring businesses.

Contrast their priorities with  the attitudes that are reflected in a recent FT report whose headline reads ‘Private equity groups spend $42bn buying companies from themselves’.

‘The deals, known as “continuation fund” sales, involve a buyout group selling a company it has owned for several years to a new fund it has more recently raised. That allows it to return cash to earlier investors within the agreed timeframe, while keeping hold of a company that either has potential to grow or is proving difficult to sell.

In this account of PE, the priority is the enrichment of the partners of PE firms.

Comments on this report were outspoken and highly critical.

‘If this isn’t a Madoff/Ponzi scheme. I don’t know what is’ commented one FT reader in response to the revelation that this type of transaction that ‘can generate handsome pay-outs to executives’.

Let’s go back to Panorama’s report on care homes. Financial engineering of this kind may help to explain why the legal structure of HC One – a leading private equity owned company whose shortcomings were investigated by Panorama – involved a family tree of 141 companies (now being rationalised to 37). The companies at the top of the tree were registered in the Cayman Islands.

In its investigations Panorama discovered that a fifth of the cost of a place in an HC One care is accounted for by interest charges, building up reserves and providing a financial return to investors.  Some of the highest interest rates on its debt were being made to other subsidiaries of Safanad, the PE and real estate company that ultimately owns HC One.

So here is the challenge for the private equity industry generally, and for the British Venture Capital Association (BVCA) the body that speaks for it.

Do you, like the industry’s early pioneers (who established the BVCA), see private equity in terms of entrepreneurship and stewardship? Is it, for you, a means towards the end of building successful companies that serve the needs of their customers while earning a fair return for investors?

Do you want to see profit made in a way that serves staff, shareholders and society?

Or do you see the companies you invest in as assets to be bought, reshuffled and traded – as a means of enriching the PE partners? Let’s call this an extractive approach, in which service to staff, and society is the occasional by-product rather than an imperative?

Perhaps you will say that your members represent a mixture of both? If so, then would you agree that you should be celebrating and promoting those of your members who take a stewardship approach,  while those who take an extractive approach should be stopped from participating in sectors – such as care homes – in which so much social harm can be caused by greed and short-termism?

Mark Goyder is Founder of Tomorrow’s Company and Senior Advisor to the Board Intelligence Think Tank. He is the author, with Ong Boon Hwee, of Entrusted, Stewardship for Responsible Wealth Creation, published by World Scientific in 2020.