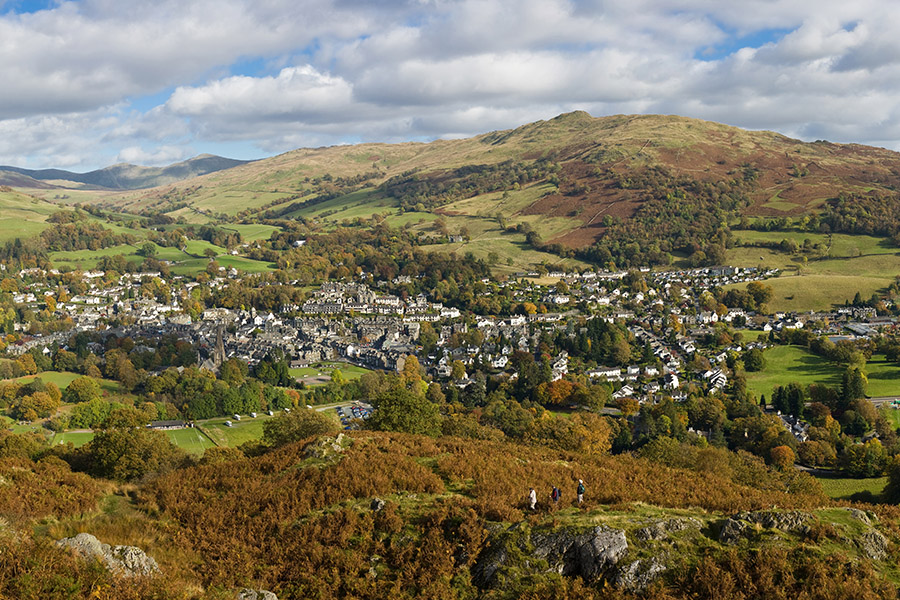 This week I am off to Cumbria for some autumnal fell-walking in the Western Lakes. This will take me back over 40 years to a happy year spent as a Personnel Manager (yes that’s what we were called!) in a GEC factory. I vividly remember the warmth of the local welcome and the defiance of the shop stewards. (Those two qualities memorably came together on  the night of the works bowling competition when the Convenor of the manual workers’ union invited me to go poaching in the river).

While remembering Cumbria I have been reading ‘English Pastoral’ by James Rebanks. Rebanks inherited a struggling family farm and describes early efforts to improve its productivity by lavishing pesticides and chemical fertilisers on it.

‘Small farmers were like the coalminers, yesterday’s people…President Nixon’s Secretary of Agriculture, Earl Butz had told audiences of farmers again and again to Get Big or Get Out’

In the end Rebanks did neither. He is finding a way to re-align agriculture with nature while rediscovering some of the wisdom of his forefathers.

This made me think about the language and the imagery we use when we talk about business.

Back in the 1980s the Welsh management theorist  academic Gareth Morgan wrote ‘Images of Organization’. He catalogues the metaphors managers use, and the underlying assumptions these images reveal. He warns managers about the tendency of egocentric organisations to shape environments as extensions of themselves. An organisation gets into trouble when it views its environment as somehow separate from itself.

This seems to fit what was happening to farming.

Rebanks describes the industrialisation of agriculture. Now that chemical fertilisers could be drilled into the soil, crop rotation was dispensed with.  As he watched the losses mount on his own family farm  and envied the neighbours who had the bigger equipment and the better engineered crops, his family had no alternative metaphor or picture with which to challenge the dominant idea of agriculture as mass production.

So he and his father tried the industrialised approach. It didn’t work. It failed in the short term and was destroying natural capital in the long term. Rebanks describes a trip across Iowa observing the results of industrialised agriculture there.

Many of these farms , even the prosperous looking ones, were deep in debt. The landscape was an ecological disaster, as sterile as can be, and was responsible for a dead zone in the Gulf of Mexico where the eroded soil and field chemicals all flowed once it got into the Mississippi River. …There are no winners here.

The rest of the Rebanks story is a story of recovering stewardship – of finding a way to work in harmony with nature, to respect the wisdom of ancestors while adapting to modern competition.

Today the language of organisations, and of economics, is increasingly naturalistic. We talk about living systems, bio-mimicry, the circular and  regenerative  economy.

But does this thinking penetrate our decision-making?  Do we really respect nature as a living system with which we must work in harmony? Or do we still look at nature as an infinite source of free assets that will always be there to extract for our profitable use?

The Natural History Museum tells us that  that the UK is in the bottom 10% globally for destruction of biodiversity. It has about half its biodiversity left, far below the global average of 75%. A figure of 90% is considered the “safe limit” to prevent the world from tipping into an “ecological meltdown”. Our rivers are among the most polluted in Europe. While the behaviour of our privatised water companies may be partly responsible, a longer-term reason is that companies have introduced new chemicals without properly considering their impact when they end up in the water supply. There seems to be too little sense  of a duty of care for our natural capital,  either in regulation, enforcement, or business leadership.

Compare the comments made by the early explorers of space with the things said, or not said by the new breed of private sector billionaire explorer.

‘The thing that really surprised me was that it (Earth) projected an air of fragility. And why, I don’t know to this day. I had this feeling it’s tiny, it’s shiny, it’s beautiful, it’s home and it’s fragile. ‘

What about Jeff Bezos and Richard Branson, two men of immense capacity to take steps that might protect that fragility?

‘Best day ever’, commented Bezos ‘We’re going to build a road to space so our kids and their kids can build the future’.

All amusing stuff and understandably triumphalist  at a time of huge technological achievement. And yet leaving me with the uneasy feeling that private enterprise as we know it will always be more interested in exploiting the earth than stewarding it.

What is the language  you use in your boardroom? What does it tell you about your attitude to nature?  What is your company doing to put back more than you take out?  Who speaks for bio-diversity in and beyond your boardroom? Is your company more interested in regenerating nature or exploiting it?